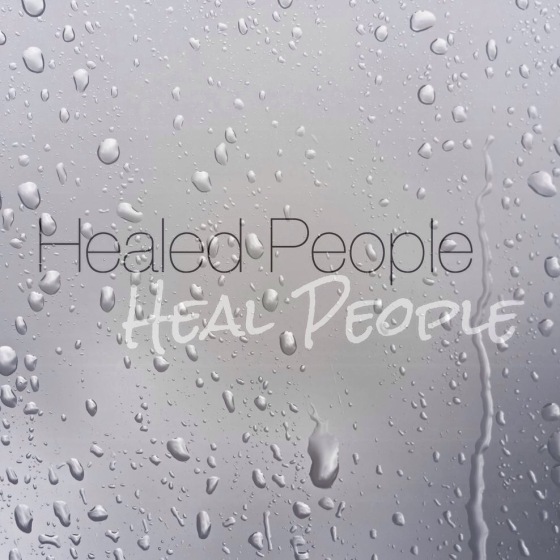 I have no idea who the phrase came from, but when I zeroed in on why I was experiencing the pain I was feeling in that very moment just a short month ago, those were the words that brought an utter and complete strike of clarity. You see, I went into this affair with my eyes wide open, knowing full well that there would most likely never be any intention on his part of his marital status changing. Going into it, I THOUGHT I understood what this was and where this was going to go – absolutely nowhere. What I didn’t bargain for was experiencing the types of intense emotions within myself for him and for my own self that I didn’t even know were possible.

Every person that I was close to who knew what was going on, and even some I wasn’t so close to who had picked up on the intense energetic vibe when we were around one another, warned me with as gentle words as possible. I mean, how do you politely and compassionately tell a woman she’s acting batshit crazy, right?

What struck so many of them as so unusual though was my sheer and complete delight and almost giddy happiness in how my outside world was changing and my inner spiritual world was developing as this so-called non-relationship was progressing – at one point even garnering the approval of my own baby sister. By others’ accounts, truth be told, it most likely appeared that I was being taken advantage of; being manipulated, being seduced and used – physically, emotionally, and sexually – in the most detrimental and horrific of ways. By one friend’s statement, she said she actually felt fearful for me at how ridiculously devoted I was to this so-called relationship. He was never actually emotionally available, nor was he ever physically available for anything – be it simple celebrations or concerned consoling of a wounded heart, she had said, and her words cut to the core. And by their perceptions, I can see where one might feel that was true, although I certainly didn’t see it that way. On the outside looking in, the perception is almost always different than how it’s being experienced by the actual participants.

What so many didn’t account for was that I clearly realized that I allowed myself to be in this position. I was a willing participant. I was more than happy to organize this gathering, run that errand, prepare this event literature, make that phone call, etc, etc…because although I may not have realized it at the time, I was looking for validation that what I was trying to create with him was okay because it was “different”. On top of that I was also learning self discovery skills and gaining spiritual insight during our times together and a price tag could not be put upon that. We were perfectly content seeing one another when we could, spending time with one another as circumstances allowed (that’s a WHOLE different ball of wax there), and basking in the ease and flow of a newly discovered passionate connection that was beyond any kind of comparison. I found myself growing in terms of my own self discovery in leaps and bounds – one hurdle after another after another being sailed over – despite the jealousy and brutal betrayal of friends who’d been doing this similar type of self discovery work/coaching with him for years on a weekly basis.

But THIS was not okay.

Not okay within my heart.

Not okay within my soul.

Not okay within the boundaries of his marriage.

Not even okay within his definition of this being such a “unique and beautiful” friendship of the like that he’d never experienced before.

None of it was okay. Not by a long shot.

In the midst of all this push and pull of resistance within me, there was no way in hell that you were ever going to convince me that my heart was going to eventually be broken into smithereens and that my soul was going to feel like it was being stolen from my very being. Not one individual on the planet would have been able to convince me that his flirtatious and sexually meandering ways were so ingrained that woman, after woman, after woman would end up coming out of the woodwork to show his darker shadows as they shared their experiences with him over the last two decades. But that’s exactly what happened. And I STILL believed in him and trusted him in a way that I’ve not trusted another individual in my lifetime…EVER. Even after that very first revelation of not being the only “other” woman (as screwed up as that sounds), of being one of several over the years, and even through emotionally and physically processing through a miscarriage all on my own, I hung onto our “connection” for well over another year.

Of course, this obviously all came to a grinding halt, as glorious and tumultuous as a two year span as it was. There were LOTS of ups and downs; one thing that we made mention of when we last spoke was that it never seemed like there was a middle ground between us – either it was really, really brilliantly good and easy and flowing, or it was really, really horribly uncomfortable almost to the point of being toxic to one another. So, we separated. After two years of this back and forth, bliss and agony, brilliance and turmoil, we parted ways – and I had no clue where to even begin to pick myself back up again. I felt lost. I felt sad. I felt tearful. I felt abandoned. And then…I got pissed off.

Downright, red-hot coals livid. The type of angry that feels like “hell hath no fury like a woman who has been fucked over time and time and time again at the hand of a person whom she ALLOWED to do so” kind of pissed off. I gave him permission. He really didn’t DO anything to me that I didn’t condone or willingly partake in. It was this back and forth type of self mind-fuckery that kept me in circles for days. Knowing what I knew, resisting the emotions was only going to result in eventual personal backlash.

I didn’t want to be angry. Yet I was.

I didn’t want to feel sorrow and anguish and grief for this loss. But I did.

And I sure as hell didn’t want to miss him – but holy hell did I ever.

I knew I was suppose to allow myself time to grieve – hell, many of the same women that he’d been with years before were the very same ones who supported me in even acknowledging that this WAS actually a type of grief – and even if nobody else understood it – they did. They’d been there. They’d been strong. And they’d come out of the storm a more powerful and empowered woman than ever before. Only they hadn’t had somebody who had come out on the other side of this type of relationship with him to hold their hand like I was so incredibly fortunate to have. And so, I leaned on them. A lot. And they saw me through what surely felt like my entire emotional world caving in on me.

What’s funny is I don’t know if he ever has felt or does still feel that intensely for me and I suppose it doesn’t really matter. He cared for me the in the only way he knew how to care for me and I can’t ask anymore than that from him. What is evident, at least from my perspective, is that we mirrored each other so much in what appeared to be our lack of self worth that any one person could love us THAT much, that unconditionally, that completely, given our so-called dark histories, and that we were resistant to and sabotaged ourselves from receiving that kind of all-encompassing love from one another – although we happily gave it away all damn day long.

So many things occurred to me once all the dust settled over this debacle. You can love someone – and I mean really, truly love someone – and still feel incredibly hurt by them all at the same time – AND IT’S OKAY! On that same note, if you’re indeed angry – and sugar, you can bet your sweet britches I was beyond the point of angry – it’s most likely because something was triggered within your own self and not necessarily something that someone had done TO you. And yes, while it doesn’t seem all “love and light” to be pissed off, anger and hurt feelings DO come up and to not acknowledge them does about as much good as stuffing dirty tissues back into a tissue box. They are gonna come back to be dealt with and it’s much easier the first time around because, trust me, left to fester like many of us probably already know, they can become a walking time bomb just waiting for disaster. If we can learn to release both the attachment and/or expectation to whatever it was that triggered the anger/hurt as well as well as the anger/hurt itself, we just might be blessed to find a profound sense of healing on the other side.

On the other side of the angry/hurt card is a unique opportunity for overwhelming compassion and unconditional love for the “offending” party and for self. You can really look at the phrase “Hurt people, hurt people” in a totally different context. He only does what it is that he knows. It doesn’t make it right or wrong. It just is. It’s how he knows to love – giving all day long and holding back and blocking from receiving. And really – it’s the only way I knew how to love then too. Hence the title of this piece. My triggers within the experiences that I had with him have given way to being able to heal some of my deepest heart wounds, slowly but surely. I still have my flaws – trust me, they are there – but I’ve also come out of the other side of a two year “spiritualized” love affair with a married man a more empowered woman than I ever dreamt possible. A gradually healing woman who finally realizes that in the stark reality of it all, as much as people say it, as much as people “think” they believe it and live it: LOVE – true, compassionate, unwavering, unconditional love – is what heals hearts, both our own and others. Not some egoic, idealized version of love that puts restrictions and boundaries on people. Allowing people the space and the acceptance to be who they are in their entirety without judgment, guilt, or shame. When it really boils down to it, in the grand scheme of things, those hearts of ours aren’t really separate entities anyhow, are they? I mean, in this search for oneness and wholeness that everyone talks about, fantasizes about, and dreams about, it’s this very concept that so much of it comes down to – when you peel back every single solitary layer – Universal Divine Love.

Creating magic through being open to seeing and being willing to accept the brilliant beautiful lightness and the dark, foreboding shadows of a whole heart – including our own.

It was a damn rough road and I’m sure as hell not gonna try to play a martyr by any means. Every single solitary ounce of it was worth it. Given the choice, I’d do it all over again.