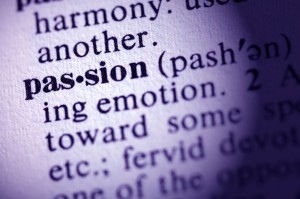 It’s a date that might not mean a whole lot to most people, but for me, it was the day that turned my entire life upside down in the most beautiful and passionate way that any human being could have ever dreamed possible. With it being such a major defining moment, it’s curious to me that I would have such a huge resistance to writing about it in the way that I have. It was the day that the roller coaster of emotions, intuitive awareness, and major personal growth catapulted into full gear at a speed that for most people would probably put them on the edge…and for me, it did. Many, many times thus far and somehow, some way, I’ve always found my way back.

Two years ago, that evening I was driving to a neighboring town to attend a workshop held by a local speaker. Well, let’s be honest and a tad bit more specific, shall we? I was well aware of the fact that it was my dad’s birthday and that he had been gone for almost 5 years at that point. I wasn’t going to see just any ol’ speaker either. I was going to attend an event hosted by a life coach and psychic medium that I had known for years (and had worked with in the past). Years previous, I had been too afraid to call him when my father had passed away. It had literally been years since my friend and I had last spoken. I honestly wasn’t even expecting to be recognized at all and in a weird way, I was totally okay with that. So much had changed in those 7 years for me…two kids, divorced (after dad passed), transformed body (minus 80lbs), new career…practically a completely different life, void of many of my old outside characteristics from the many years previous.

The second he walked in the room and we made eye contact, something triggered. Something made my insides twinge with a strange anticipation, but for what reason, I had NO clue. A certain kind of recognition took place. One that until you experience it, there are no words that I can offer that will even remotely touch the impact that it can have on your life…or more accurately, your heart. Now don’t get me wrong, I’m not insinuating anything. But what I am saying is that you know that connection, from teacher to student, from soul to soul, the moment it hits you, even if you can’t explain it, even if you brush it off just as quickly as it hit. You still know it’s there, regardless. Wrapping your head around it, defining it, and furthermore, figuring out what to do with it…well, my friends, that is a whole different story in and of itself for another day…

Patiently, I waited, watching and listening, anticipating a possible chance to reconnect with my dad. I had hoped against hope all day that the opportunity would present itself, but there certainly was no expectation of actually being able to do so. Time took on a whole different feeling as I sat back and observed him work with a hurting soul and their grief over loved ones who had departed, one after another after another, leading them to a place of healing, until finally, the proverbial ball rolled in my favor. I was petrified. I was excited. Hell, I wasn’t even sure that I wanted to know what he was going to tell me about Dad, much less specifically what Dad had to say. I was already there and surely getting up and leaving would not exactly be the best option at that point. So I dove in. I had the beginnings of that hard conversation with my friend and lo and behold, of course, the first person to show up…was my father.

The moments that proceeded his initial presence are ones that I will not soon forget, if ever. I could feel him there. The familiar tingling on my shoulder was present as ever. What was delivered to me as a message from Dad is one that cut my heart wide open and pushed me into a world of expansion that I never knew existed. Dad’s first words were that he was sorry that his love always seemed like it was conditional. It made so much sense and I could literally feel his sorrow when my friend said those words. What Dad also said…what I’d been needing to hear my entire life and never did, was that it was time to stop trying so hard to make him proud of me because he is proud of me no matter what I do. Those words…they were the keys to the lock on my heart that had kept me from engaging in a world that was so foreign to me, yet I had lived it, unknowingly, every day of my life.

“Passion is the fuel that ignites the soul.”

There was a burning that had been sitting in my chest all these years. That little ball of heat and shakiness in my chest that had been labeled as depression, anxiety and worry. It wasn’t that at all. It was the light of a deeply empathic and sensitive soul that was waiting for the perfectly designed time to erupt and shine in a way that it had not done so before. And…so it did. Even thinking about it now, I can feel that warm ball building within my chest in heat and intensity, literally feeling as if it was exploding. I cried. My eyes overflowed freely with hot tears that I had held back for so long, afraid to feel emotions, afraid to let other people see me being sensitive and what I then perceived as being weak. Letting the tears flow finally opened the floodgates of vulnerability. People in the workshop around me cried. Silent tears of understanding and compassion for my experience flowed freely from them. My friend became choked up and teary eyed on stage. What I know now, from watching dozens of these workshops, is that that was something that didn’t happen often and especially not intensely enough to warrant him having to walk away from the front of the stage as he did to regain his composure in a public setting of this nature. I sat there in awe and stunned at what had just taken place. From that moment on, there was a insatiable curiosity that had been ignited to figure out what exactly had taken place, why it had, and how I could learn to find that space again on my own.

A defining stage in my journey of self-discovery began that night; born out of a deep-seated fear of feeling emotions and being vulnerable and yet diving right in, luckily surrounded by people who understood my pain, my heart, and ultimately, my soul.

Digging deep into our fears has the power to lead us into such exquisite and freedom-filled life experiences. So often it is just after the shackles of chaos, pain, and fear are shed that magic; true, heart-inspired, authentic, soul-driven magic, occurs. I say this not because someone told me that it was true, but because I’ve experienced it for myself.

In your heart of hearts dear one, you know you have that longing for something more. Something bigger. Something that when you just think about doing it, it makes your heart flutter with an intensity you didn’t recognize before and you get butterflies in your stomach in an exciting and courageous kind of way. Ten to one, there is a fear that is keeping you from leaping from that precipice.

Don’t take my word for it. Take the leap. CHOOSE to make it a damn priority. Take the risk to make your feelings, your desires, your soul-driven purpose, and potential a priority in your life. Commit to it fully and whole-heartedly. You’ll learn to fly along the way and when you do…you’ll never want to trade the freedom and passion you find for anything else in this world.