This is what went through my head at the age of 16 when my mother and my counselor suggested that going on antidepressants would be the best for me. I’d broken up with my first serious boyfriend and was struggling. Emotionally, I was just a typical teenage girl with a broken heart. I’d survive. But not in my mother’s eyes. “You need more help than what I can give you,” I remember her saying. I cringed…and then I cried. And so a started a road of 18 years of my false belief that I needed antidepressants and anti-anxiety drugs to function in life.

Now let’s back up just a few years. Growing up, on the outside, it was a cookie cutter perfect household. Dad was our main breadwinner in the home working endless hours in the coal mines of northeastern Wyoming. Mom was able to stay home with the three of us girls and was practically Suzie Homemaker of the Year. Parent volunteer of the year for the school district, spotless home, perfectly prepared meals, beautiful flower garden outside…You get the idea. All of us kids were very well mannered and excelled in school. Just call us the Waltons. Or so it looked like from the outside.

Beginning my freshman year of high school, I started to notice changes in my mom. She was drinking, going downtown alot, even when my dad wasn’t home, and her temper was less than stellar when she was home. What I know now is that she had had a major nervous breakdown. So much so that at 15, I was taking care of my two younger sisters for weeks at a time while Dad tended to my mother as best he could in the local hospital psychological ward during the day and worked the night shift at the coal mine. It was scary. It was confusing. It was miserable. It was almost unbearable.

My father stood by her side, taking her to this doctor and that doctor, trying to figure out how to best manage her anxiety and depression issues. When it boiled down to it, she abandoned all formal medicinal measures and turned to alcohol to self medicate. And that opened up a whole other can of worms….DUIs on a regular basis, partying and sleeping with my high school classmates, letting kids drink and do drugs in our garage while Dad was working the night shift. The list literally could go on and on.

So sitting in my counselor’s office, here I was being told that antidepressants was the only thing that was going to help me get out of this funk. So, of course, not wanting to go against my mother’s wishes and scared of how I would continue feeling if I didn’t start on these meds, I jumped in with both feet…and almost drown myself and my spirit in the process along the way.

Needless to say, my mother continued on her downhill spiral. We’ve had a tumultuous relationship and I tried to keep her involved in my life, but her behavior just became too toxic. She and my father eventually divorced my freshman year of college. She has never been a part of my children’s lives, who are now 6 and 11, and I haven’t spoken to her in nearly 10 years. I’m not sure where she lives. The last I knew she was living in a homeless shelter trying to collect on my father’s social security as he passed away 6 years ago.

I went on this path of believing I needed medication to function “normally” (ha!) for almost 18 years. Through my marriage, the births of both of my children, my plethora of poor life choices that got me in some massive trouble, through my eventual divorce, and through living on my own for a short time until I met someone new and moved in with him, I kept myself numbed to my emotions and numb to the world. It was just easier that way it seemed. Hollow, but easier. It still amazes me that I’ve come out on this side of it the way I have.

Early on in my marriage, when we were having relationship trouble and I’d lost my job, I started going to a life coach (who was also a psychic medium) who taught me a few things that stuck with me: that I didn’t need chemicals in my body to function on a daily basis, living in fear was not really living, learning to breath through my emotions was the only way to get to the other side of them, and that meditation was key to calming my mind and body. After 6 months of what my husband eventually deemed as hooey, I quit going, but not before I started having intuitive hits of my own and very lucid dreams that have stayed seared in my memory nearly 10 years later.

Life ran its course… We stayed married, had two beautiful children but eventually we just couldn’t make it work and divorced 8 years into our marriage. During that time frame as well, my father had lost his 4 year battle with leukemia when my youngest child was just 6 months old and a month before my 30th birthday. Through all of this, I stayed on both antidepressants and anti-anxiety medications. Sometimes it was out of my own inability to see clearly that I didn’t need them. Other times, it was caving into my fear and the guilt that I allowed my husband put on me that I had to have them because I was starting to turn into my mother, he would say. When things started getting too tough to handle, I was convinced I needed to try the next and newest medication on the market. I went from one therapist to another in hopes of trying to fill this void that seemed like a massive cavern in my chest. I gained weight like mad, using food as my comfort tool, going from a slim 165 to a whopping 255 at my heaviest. My health was terrible and I ended up with gallbladder surgery to boot directly after leaving my husband. Nothing I was doing was working to help calm my mind and the tools my coach had taught me years ago were as far from my mind as could be.

In April of 2012, I reconnected with that coach after a 7 year hiatus. What a marvelous and beautiful experience! All of the confidence and skills that I had begun to gain under his tutelage all of a sudden started to spring forth again. Without my ex-husband’s heavy hand there to tell me no, I had no fear of trying to fire up those dreams and intuitive hits once again. Only this time, I knew if I was going to really start to develop and tap into this, I had to quit relying on medications to numb my emotions.

All of sudden, I was that 16 year old girl who watched her mother whittle away to nothing and destroy practically every healthy relationship she had when she went off her meds. I was paralyzed in fear. I didn’t want to be that woman. How could I go off my medications and not turn into THAT? Funny enough, my gallbladder surgery back in 2009 was exactly what was needed. Due to not having a gallbladder, my body could not process alcohol, period. If I drank an ounce, it left me in a heap on the floor feeling like someone had stuck a knife in my chest. Source (God, Higher Power, the Divine…whatever it is that you choose to call it) had already accounted for that fear and took it out of the equation. Brilliant!! 🙂 I had no excuse. NONE. So I jumped, feet first, and all in.

“Be kind to yourself while blooming. I know sometimes it feels like your soul doesn’t always fit. It’s all part of the process.” ~ Emery Allen

I went cold turkey. Yes, I realize that they tell you to wean yourself off of these kinds of meds slowly but I also knew that if I didn’t jump headlong into this NOW, I’d never do it. So off I went. A week went by. Anxiety attacks and racing thoughts hit full force within three days. But I was prepared. I’d refreshed myself on breathing technique, self talk skills, meditation strategies and had downloaded several guided meditations to ease the transition. It was still HARD, but I knew I didn’t need this shit in my body to be a functioning human being. In fact for me, all it did was numb me to the world of glorious emotions that were waiting for me outside that imaginary bubble. Two weeks went by..three weeks…depression and anxiety constantly threatening to rear their ugly heads…until one morning, I woke up, and it was gone. Holy shit! I didn’t feel a single, solitary pang of anxiety in my chest and my mind felt as clear as a bell. I couldn’t tell you what the leap was that changed it. All I know, is that from that morning on, I felt like I was the one in control finally, not my medications. I made the calls in my life on how I wanted to feel and nobody else and it felt amazing!

Since that day almost a year and a half ago, I’ve dove into my spiritual growth. I’ve listened to dozens of seminars, read countless books, blogs, and articles, and attended dozens of my coaches workshops. I feel like I’ve gone from kicking it on the sidewalks of the quiet little subdivision on my tricycle to mach 10 in a frickin jet in less than two years time. Don’t get me wrong, I still have hiccups and I still have my days. And I always will. The difference now is that I know how to take better care of myself. I know that to be able to fill the glasses surrounding me, I have to take care of and fill the pitcher that is me, first. I know how to train myself to think differently. I know how to attempt to focus and breath and accept situations as they come as best as I can, not perfectly. I know that I have a lot to learn, as we all do, but I am now confident that I’m learning through the lens of awareness and consciousness rather than the muddled lens of numbness and fog. 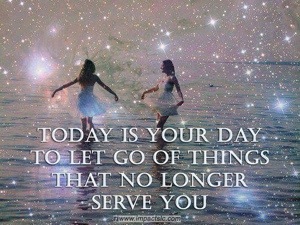 One thought on “What Lens Am I Looking Through?”